Sarees have always been an integral part in the traditions and culture of India. Indian women have been wearing saree as their everyday outfit for almost thousands of years now. Sarees actually don’t even need a special reason to be worn in an Indian household. From special occasions to casual outings, these sarees can be worn anywhere in different styles. They are widely worn as they look classic and beautiful and are available in a wide range of colours, prints and patterns in the Indian textile industry. 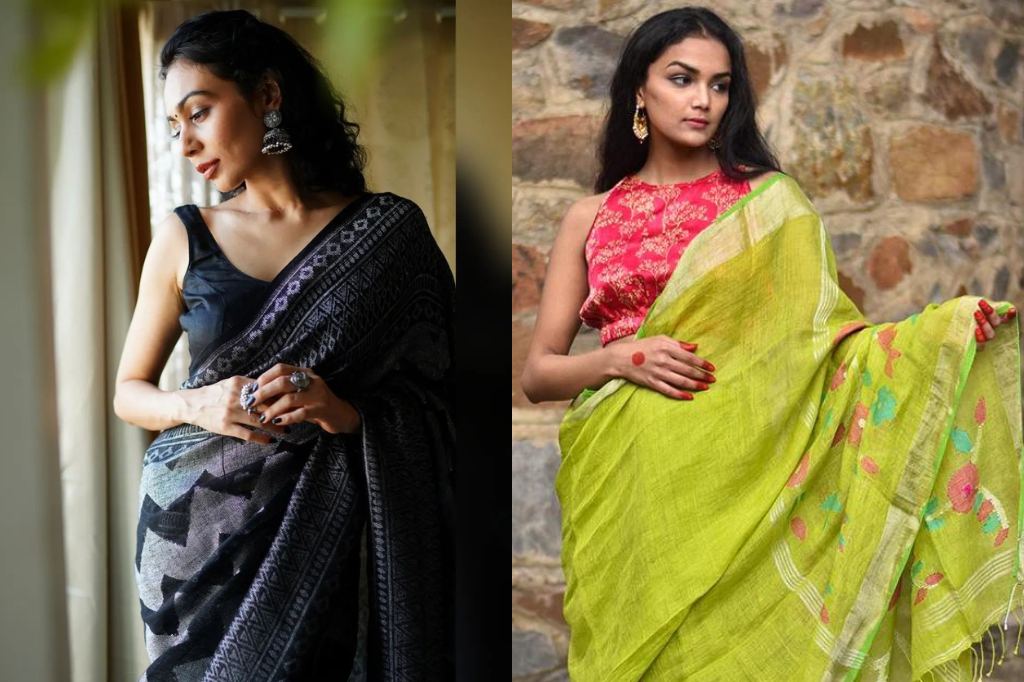 Bengal has always been famous for its fish and sweets when it comes to food, but when talking about fashion and clothes, Bengal’s spellbinding handwoven Jamdani sarees are the first to strike everyone’s mind which is also referred as Dhakai Jamdani or Dhakai as its origin is from Dhaka, Bangladesh. The name Jamdani originates from Persian background and is strongly suggestive of Mughal influence. “Jam” in the word Jamdani means flower and “dani” means vase. In history, the earliest mention of Jamdani sarees can be found in Chanakya’s Arthashastra, dating back to 3rd century BC. There is a fine cloth from “Bangla” and “Pundra” region to which the book refers to. Not just in India, but Jamdani has been mentioned in the book of Periplus of the Erythraeid Sea as well as in the accounts of Arab, Italian and Chinese travellers and traders. In the late 19th Century these age-old Indian concepts were anglicizing, when TN Mukherji mentioned this textile as Jamdani muslin. Although Jamdani Sarees have always been popular enough but during Mughal period their trade bloomed considerably. But when the British came to India, the production of the fabric saw a severe decline. Also, after the decline of Mughal rule in India, producers of this fabric lost their backing. After partition, many weavers migrated to present day West Bengal which marked the beginning of this art in India.

The process of making Jamdani sarees is quiet time consuming, as it is handwoven on looms, consisting of a fine muslin thread carefully honing every intricate detail. Jamdani is designed with bleached cotton yarns which gives a light and dark effect. Earlier this fabric was made in contrasting bright colours but now many Jamdani sarees are being made in multi-coloured hues. In the 1960s, Jamdani work on red textile became very popular. 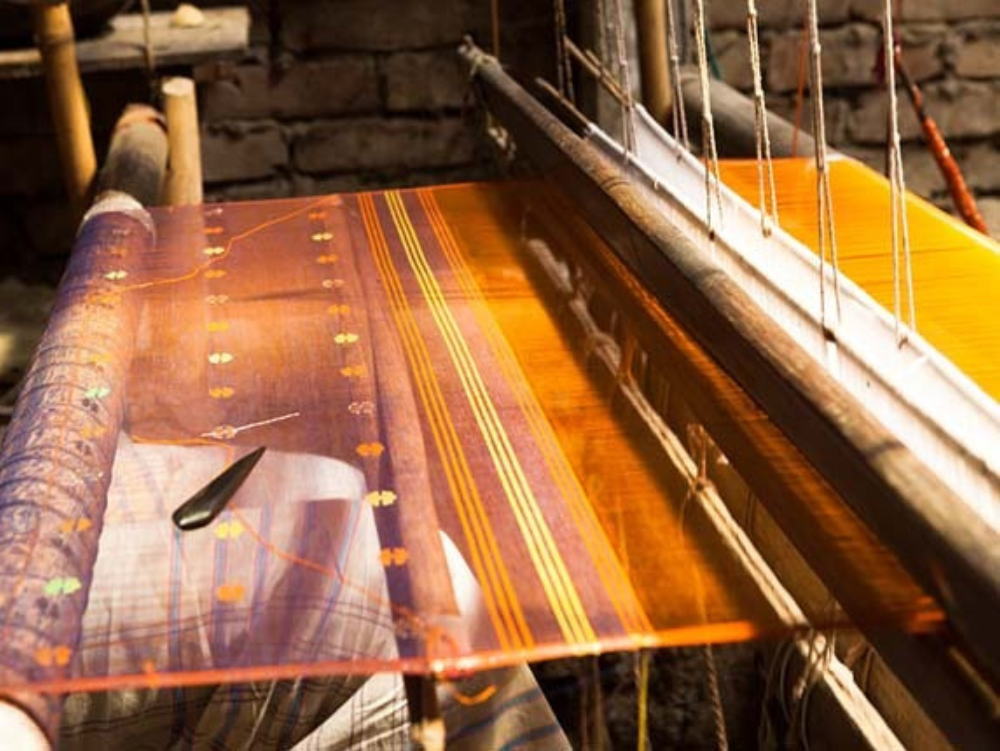 As of now, current state of the art is not much well as the weavers are not able to make a living out of it which is making them leave the profession. But still various steps are being. taken in India and internationally as well for saving this age-old craft.

Chidiyaa’s handwoven Jamdani sarees marks one of the most amazing steps taken for keeping this art alive. These sarees are crafted in such way that it gives an age old classic and an all-new modern look at the same time which makes you wear them regardless of any celebration or occasion of your life. These sarees give you that cool trendy vibe with respect to all Indian traditions. We have a wide range of handwoven Linen Jamdani sarees as well as Jamdani silk sarees to make you gracefully and sophisticatedly stand out from the crowd! What is special about Chidiyaa Handwoven Silk Sarees?

on your first online order with us